“The first duty of any government is to safeguard its people against external aggression. To guarantee the survival of our way of life.”

These famous words, spoken by Margaret Thatcher, are still valid today and based on the increasing instability in our world, probably more important than ever. It is therefore that in the Dutch Constitution (article 97) it is clearly stated that Parliament is responsible for setting the conditions for the Armed Forces to have the capabilities and capacities to defend our freedom and way of life. After 20 years of lacking vision, failing governance, budget cuts, increasing bureaucracy, and with a current 10.000 operational vacancies that the Dutch Minister of Defence quoted “the defence apparatus is no longer capable to conduct the mission ordered in their Sovereign Constitution”. The safety and security of our nation are at risk and Parliament has utterly failed in her primary responsibility. Fundamental change is needed.

A Vision never was never defined

Dutch Government, Parliament nor the Dutch Ministry of Defence have been able to formulate a clear, concise and long-term vision on security and the role of the Armed Forces over the last 20 years. Although a variety of White Paper were written, they all lacked vision, long-term focus, only addressed hardware and structure, and were dominated by financial incentives. The Armed Forces were seen as a costly entity, not recognized as the cornerstone of our freedom and stability.

“Without the WHAT of a vision, coherent long-term planning is simply impossible’

Writing a vision always collapses at the first hurdle if the dominance of financial aspects is overwhelming. If vision is not based on core-business but on external implemented financial restrictions and limitations, the core business of the Armed Forces is bound to be forgotten as governance issues dominate operational effect.

Since 1971 there has been a gradual process in which the military professionals have come to find themselves at an ever-increasing distance from the political leadership. The moral is that the administrative leadership (supported by the political leadership) has been continually busy keeping the members of the military at a distance. This is reinforced by developments such as ‘keeping out politics’ from the Defence operational organisations.

“The executive who is responsible for the most important product of Defence; Combat-Strength and Readiness sits at the regular conference table at the highest level without the support of colleagues who are familiar with the primary product”

This culminated in the implementation of a new governance model. Since 1 February 2019, the Chief of Defence, CHOD, is a member of a 4 team Executive Board. Alongside the Director-General of Policy, the Director of Finance and Control and the Secretary-General, the senior civil servant in the MoD. All other military elements within the MoD are under civilian leadership. Therefore, the executive who is responsible for the ability for the Armed Forces to be successful in their core-business is deprived of any influence on strategy, policy and governance, as are the senior operational commanders.

The solution we propose is based on three fundamentals. First, armed forces must be able to execute the mission as stated in the constitution. Second, the exclusivity and uniqueness of the military profession needs to be confirmed. Third: in order to include this professionalism in strategy, policy, plans and governance external oversight and control is essential.

Based on these three fundamentals, the first step to be taken is to convince the Dutch public opinion and political leadership on the urgent necessity to significantly and fundamentally invest in the Dutch Armed Forces. This cannot be done just by interaction and discussion but might need an approach that is based on raising public interest and political attention by methods that are based on ‘shock and awe’.

The second step is focused on changing the governance model. We must establish a Corporate Governance, CG, committee which could provide an elegant solution for the division of responsibilities between the Prime Minister, the Minister of Defence, the Secretary-General, the CHOD and the Minister of Finance. Parliament can decide to establish this CG committee with the mandate to supervise the required vision and the creation of a multi-annual plan to enable the constitutional defined mission for the Dutch Armed Forces. Our vision of Corporate Governance would see Defence led with a focus on cooperation, both within the organisation and with its environment.

In a world of increasing instability, emerging use of military power to safeguard national interests and growing friction, the Dutch Armed Forces must be able to contribute to the freedom, stability and safety of our western world and our values. To be able to achieve this, fundamental change in needed. Based on a clear vision, funds need to be allocated, structures scrutinized, and governance changed. 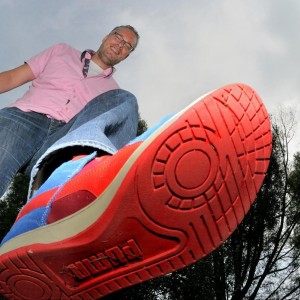 This website uses cookies to improve your experience while you navigate through the website. Out of these, the cookies that are categorized as necessary are stored on your browser as they are essential for the working of basic functionalities of the website. We also use third-party cookies that help us analyze and understand how you use this website. These cookies will be stored in your browser only with your consent. You also have the option to opt-out of these cookies. But opting out of some of these cookies may affect your browsing experience.
Necessary Altijd ingeschakeld